Terracon is pleased to announce it has been named Alberta Venture Magazine’s 2012 Best Workplace for Health and Safety. We are very proud of this award and it demonstrates our commitment to the health and safety of our staff and our clients.

Terracon is pleased to announce the appointment of Margaret (Peggy) Smith to the position of General Manager, Fort McMurray. In her new role, Peggy will lead the development and growth of our Fort McMurray operations. Our Fort McMurray office has well over 200 local employees serving the needs of our oil sands clients in the areas of geology, geotechnical engineering, field and laboratory services. Her emphasis will be on expanding the depth of our services to our clients and continuing to build an operation which supports the development of our employees while ensuring technical excellence and the highest regard for safety in all that we do.

Peggy has spent over 20 years with Terracon in Fort McMurray building our relationship with Syncrude Canada, which is now one of our largest clients in Fort McMurray. Â As both a valued employee and shareholder, she brings a wealth of experience to the position and we are looking forward to working with her in continuing to build our local presence in Fort McMurray and the oil sands.

We are pleased to announce that we have moved offices. Our new downtown location is at Life Plaza building at 800 – 734, 7 Avenue SW, Calgary, Alberta, T2P 3P8. Our new location will help accommodate our growth plans as well allow us to more conveniently serve our downtown clients and continue to build our Calgary operations.

In 2004, the provincial public health care institutions in Canada spent a staggering 20 billion dollars addressing injuries that occurred to citizens both on and off the workplace. Terracon believes that this figure could be substantially reduced if a culture of safety “attitude and habits” could be improved on and off the job. One of the best ways to influence a national health and safety culture is to introduce university level education exclusively focused on HS&E – Risk Control, Safety and Loss Management disciplines. At present, programs of this nature do not exist at the university level and are not taught as a core competency.

In January, 2012, Terracon’s President, Lee Nichols, sent a letter to the ten provincial premiers and three territorial leaders strongly encouraging them to introduce HS&E educational programs at the baccalaureate and graduate level. In 2012, working in collaboration with the University of Alberta’s Department of Engineering, a team of Terracon volunteers spearheaded awareness of the University of Alberta model HS&E degree program. That awareness and justification for the model, society’s need for more highly trained and skilled safety professionals was also shared with the Premiers and Territorial leaders of Canada for their consideration.

“We believe that university level training to graduate Professional Engineers in the specialist discipline of Risk Management and Loss Control on and off the job would favourably impact Canada’s overall culture of safety”, said Lee. “And we hope that the government and territorial leaders will carefully consider our model as a first step in making this goal a reality”. 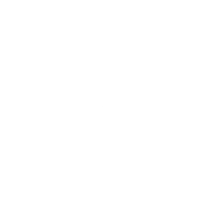 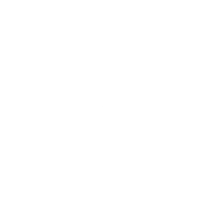